Little is known about the Polynesians of the Nukuria atoll in Papua New Guinea and the language they speak. This article presents a Nukeria creation story, that is to say, a narrative of how the world began and how people first came to inhabit it. The text was recorded during an expedition in 2013. It is supplied with linguistic and textual analysis, compared with similar stories attested in the other Polynesian traditions, and situated in the ecological and cultural contexts. The article should be of interest for those who are concerned with languages, mythology, techniques of storytelling, and historical ethnography of Polynesia. 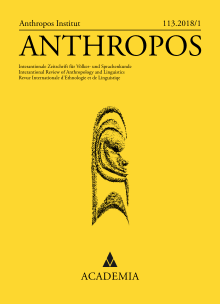