Anne Fournier: Marrying the “Bush Spirits-Parents” Personal Destiny and Divination among the Sèmè of Burkina Faso

Among the Sèmè, a little-known society in the Voltaic area, some men receive at home a couple of bush spirits through which they get access to divination. They form groups of followers of the spirits. The rite implemented borrows its fabric from marriage, a long process that extends over a woman’s entire life. The follower “marries” the bush spirits according to an original marriage arrangement without sexuality. He is bound to these bush spirits by a prenatal promise, his symbolic parents, who guided his soul and formed his character. 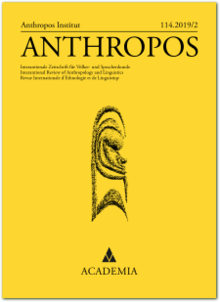