Gregory Forth: Mego Kin Classification. A Comparative Review of Terminological Usage in the Easternmost Part of Lio (Flores Island, Indonesia)

This is the first published account of kin classification of Mego, a district in the extreme eastern part of the Lio region of Flores Island. Despite recent changes affecting marriage practices, the terminology survives as a classification of asymmetric alliance. Terminological usage is discussed with reference to traditional social forms and comparatively, in relation to several other Lio terminologies, cognate terms in other Ngadha-Lio languages, and Malayo-Polynesian and Austronesian protoforms. Needham’s (1984) blanket characterization of an implicitly unitary “Lio” terminology as revealing features of asymmetric alliance in the first ascending and descending levels, but symmetric features in ego’s level, is refuted by showing quite continuous variation among different parts of Lio, as well as symmetric indications in other levels. The latter are discussed both as features that ignore or supersede “wife-takers” subordination to “wife-givers” as receivers of brides, and as evidence for a historical transformation from symmetric to asymmetric alliance. 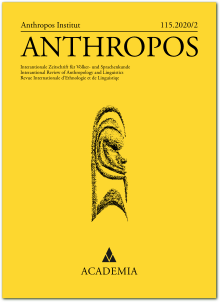