The article analyses the permanent exhibition of the Missiemuseum of the Societas Verbi Divini (SVD) in Steyl, which has remained largely unchanged since 1931, thus allowing a unique examination of historical exhibition practices. Going beyond previous scholarly characterizations of mission museums, it will be shown that the exhibition in Steyl develops a specifically religious view of non-European cultures that stands out from other secular types of museum and is in accordance with statements by contemporary representatives of the Catholic Society. On an aesthetic and metaphorical level, the exhibition presents the Christian religion as an order that transcends nature and culture and as basing on a force that permeates all areas of life. This force was named “altruism” by the SVD Fathers Wilhelm Schmidt and Wilhelm Koppers. The presentation of autochthonous and missionary art plays a decisive role in illustrating this claim to Christian universality. 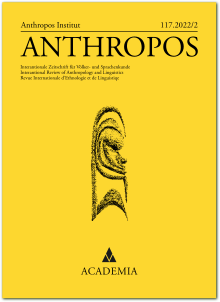