One problem to which Arndt payed special attention had to do with the origin of this group. He found many Hindu elements in their customs and religious ideas to the extent that he concluded that the original homeland of the Ngadha must have been somewhere in northeastern India.

Without doubt the Ngadha differed from the other groups found on Flores with respect to both physical and cultural characteristics. Nor was it likely that these differences were the consequence of direct trader influence, because the Ngadha lived far from any trade routes in rather inaccessible mountains. Moreover they were considered to be robbers and warlike and were feared by others as a result. Scarcely any other Indonesian group has been as thoroughly researched and documented as the Ngadha and all because of Arndt’s work. 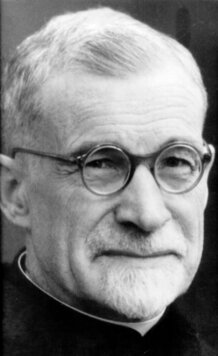