Martin Gusinde SVD, priest of the Society of the Divine Word, advanced high school teacher, ethnologist, born on October 29, 1886, in Breslau, Silesia, died on October 18, 1969 at St. Gabriel in Mödling near Vienna.

After finishing his advanced high school studies in the mission seminary at Nysa, Silesia, he entered St. Gabriel in 1905 to begin his philosophical and theological studies. In 1911 he was ordained a priest. After his ordination he went to Chile as a missionary in 1912, where he worked as a professor of natural sciences in the Lyceo Alemán, a well-known advanced high school in Chile. In 1913 he became an unpaid trainee at the Museo Histórico de Chile and in 1918 the director of a sector of this museum. In 1917 he was invited to become a professor of anthropology at the Catholic University of Chile. From here he began his first of several research trips among the Araucanian Indians in southern Chile. Between 1918 and 1924 he made four research trips to Tierra del Fuego where he studied the Yamana, Selk’nam and Halakwulup.

In 1924 Gusinde returned to Europe and in 1926 received his doctoral degree in ethnology, physical anthropology, and prehistory. At the same time he worked with Schmidt at the Lateran Museum in Rome, where the permanent collection of the Pontifical Missionary Ethnological Section of the Lateran Museum was displayed. In 1928/29 Gusinde spent time in the United States and visited the Sioux, Cheyenne, Pueblo and Zuni Indians. 1934/35 brought him, together with Paul Schebesta, to the eastern part of the Congo to study pygmy groups. He was particularly interested in the biological reasons for their small size.

There followed, in 1949, an offer to come to the Catholic University of America in Washington D.C. Between 1950 and 1953 he undertook research expeditions among the people of the Kalahari desert. In 1954 he went off to study the undersized Yupa Indians who lived on the border between Venezuela and Columbia. He did not, however, consider them to be pygmies. In 1955 he was invited to the Catholic University of Nagoya in Japan to give a series of guest lectures, which gave him the opportunity to visit the Ainu in the northern part of Japan and the Aeta negritos in the Philippines. This was followed in 1956 by a number of visits to measure the size of the Ayom pygmies in the Highlands of Papua New Guinea. In 1957 he had fulfilled his teaching contract at the Catholic University of America. He availed himself in 1959-1960 of the opportunity to return to the Catholic University of Nagoya to give another series of guest lectures. In 1961 he returned to St. Gabriel, which was his home base until he died. In the winter semester of 1964/65 he taught ethnology once more at Nagoya. In the winter of 1965 he suffered a stroke which severely restricted him. He died in October 1969.

The most important work which Gusinde left behind were the volumes he wrote dealing with the Indians of Tierra del Fuego. The first volume, dealing with the Selk’nam (Ona), appeared in 1931. In this volume he laid out the broad outlines of the Indian cultures. In 1937 the second volume appeared which described the Yamana (Yagan). The third volume, dealing with the Halakwulup, was in manuscript by 1945, but was lost in the confusion of the war. On the basis of his field notes, however, he was able to reconstruct the manuscript in the last years of his productive life. In 1974, five years after he died, it was posthumously published. The books about the Tierra del Fuegian Indians were translated into English in 1961 and into Spanish from 1982-1989.

These three ethnographies were accompanied by about 1000 photographs which impressively brings to life again the way these people, who have since died out, used to live. In 1933 he edited, together with Ferdinand Hestermann, Thomas Bridges’ “Yamana-English. A Dictionary of the Speech of Tierra del Fuego,” which remained unpublished for over 50 years.

Gusinde wanted to save as much of the cultural heritage of these people, doomed soon to disappear, as he could. From the old people he could still find fragments of the old religion and mythology, of the rituals and customs of the past. His purpose was to recover and salvage some of the old human values still dormant in these people. He had the ability to win over the trust of the Indians, who were quite willing to have him in their midst and quite willingly shared their knowledge with him. He himself was accepted by the Yamana as a candidate to participate in the youth ceremony, by which he became a member of the tribe. In the months he lived with the Indians he shared in two youth ceremonies, one ceremony for adult men, and prepared himself to become a medicine man, all this while living with the Yamana. With the Selk’nam he participated in the kloketen ceremony.

Photography was an essential part of Gusinde’s fieldwork. For this to be possible he had first to overcome strenuous objections on the part of the Indians, who saw in him the mank’acen, the “shadow snatcher.”

He himself writes about this in 1931: “Already in the camp on the Rio del Fuego I noticed the real fear of the Indians when they saw my black box camera. And this fear was worse the older the person was. It was the camera itself that caused the fear. All I had to do was show it to them and young and old alike would scatter. Later on the people explained that they were convinced that the box would steal their soul or life’s spirit, which would perish in the box. Then they themselves would have to die.”

With this collection of photographs, Gusinde has left us a unique documentation of a group of people who were in the process of dying out. Even today these stir up keen interest. 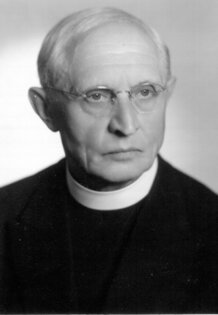