Schebesta was of Moravian ancestry and had to learn German when he went to school. He was fluent in Czech and Polish. Later he added the Bantu and Malaysian languages. After his advanced high school studies in Nysa in Silesia, he entered the Society of the Divine Word (SVD) and was ordained at St. Gabriel in 1911. In the same year he went to Mozambique as a missionary. He stayed there until he was interned by the Portuguese in 1916. After the end of the First World War, he was assigned to work on the journal Anthropos, founded by Wilhelm Schmidt at St. Gabriel. From 1920 to 1923 he was the editor of the journal. In 1924 he went to Malaysia to study the Semang, among whom he lived in their jungle world. He received his doctorate from the University of Vienna in 1926, specializing in ethnology and egyptology. In 1929/30 he made his first study trip to the Ituri pygmies who lived in the eastern part of the Congo. He returned there again in 1934/35 with Martin Gusinde and Jean-Baptista Jadin. Earlier, while he was in Zambezi, he had learned Swahili, which helped him to learn different Bantu dialects and the dialects in eastern Sudan, to the extent that he could work with the pygmies without an interpreter. In 1938/39 he traveled to the Philippines where he investigated the Negritos among whom he saw traces of connections with the Semang of Malacca. In 1949/50, for the third time, he undertook another research trip to the Congo, followed by a fourth in 1954/55. Both of these expeditions put the emphasis on linguistics. He spent the last years of his life at St. Gabriel where he worked in the major seminary almost to the end of his life, concerned with the missionary education of future generations of the Society of the Divine Word.

Schebesta worked in the areas of physical anthropology, ethnology, and linguistics. In his first volume of his Bambuti opus (1938), which dealt more with the physical features of the people, he backed away from the old method of body measurement and gave preference to the description of biological-physiological functions. As a result, Schebesta did not accept that the pygmies were a variation or subspecies of ancient mankind, but were to be considered as belonging to the species of Homo sapiens. Neither did he accept, as others did, that pygmies were a degenerative form of humankind and defended their primary-primitive status as a category in its own right. The main contribution to pygmy ethnology made by Schebesta was to be the first to give a rich description of the culture of the pygmies of Africa and of Southeast Asia.

In addition to the academic side of his research, Schebesta had a further agenda, which was dear to his heart, namely to help his small forest friends to uncover the way they fit into the larger picture of the development of humankind, lest they be crushed under the wheels of modern civilization. The political revolution in the Congo of our own time has pushed this goal into the far future.

As a linguist he first published an old grammar of the Sena (lower Zambezi) dating from the 17th century (“Arte da lingua de Cafre”) which he found in the National Library of Ajuda in Lisbon. After this he concentrated on recording various pygmy dialects, especially those of the Mamvu, Mangbutu, Balese-Dese, Balese-Karo, Mvuab and Efe.
The Bambuti gave him the honorary title of Baba wa Bambuti, which made him one of them and was a recognition of his personal commitment to the survival of these people. 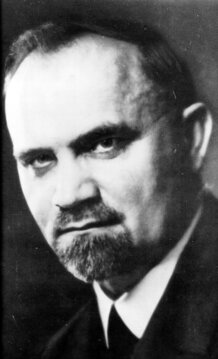