The 75th birthday anniversary of Joachim Piepke SVD on Saturday 10th November 2018 provided an opportunity for a more public expression of gratitude to three SVD and Anthropos Institute members – Joachim Piepke, Othmar Gächter and Günther Franz Gessinger – for their long-term dedication to the Institute and to the journal.

A short symposium that overlapped with the General Assembly of the members of the Steyler Missionswissenschftlisches Institut was held at Sankt Augustin on the very day of Joachim’s birthday. That was a further sign of interinstitutional cooperation at Sankt Augustin.

Some 40 guests were present at the first part of the celebration. We began with an input Der Mensch als Träger der Evangelisierung (The human being as the carrier of evangelisation) by Professor Mariano Delgado (University of Fribourg) followed by an hour-long discussion chaired by Christian Tauchner SVD, the director of Steyler Missionswissenschaftliches Institut. The topic was purposefully so widely formulated in order to include the interdisciplinary dimensions of the Anthropos team’s concerns. We hope to publish the text of the lecture and some of the reactions to its content written by the participants.

After the coffee break a few more people joint those already present for the celebratory part of the event. The director of Anthropos Institute shortly outlined the biographies of the three distinguished members, acknowledged and acclaimed their dedication to the Anthropos Institute and to the publication of the journal. Darius Piwowarczyk SVD, the Editor in Chief of “Anthropos”, delivered a laudation and a personal testimony of Joachim Piepke’s contribution to the mission of Anthropos Institute. Mr Klaus Schumacher, the mayor of Sankt Augustin, recalled his pleasant surprise during one of his foreign visits of being recognised as the mayor not of “a town” somewhere in Germany but the town known as the seat of Anthropos Institute. In his response Joachim Piepke recalled three moments/experiences of his life – an Easter Sunday service in a favela in Sao Paulo, during which the Easter message of the victory over death enlivened those present with hope, his assignment to Germany after his doctorate in Rome and the efforts to build up the environment for harmonious work conditions during his time at Sankt Augustin.

Birthday greetings to Joachim Piepke were enclosed in all the speeches. A string quartet playing the music of Brazilian composers of various periods made the occasion more festive.

The Staff of the Institute and many people from the Sankt Augustin Steyler Campus collaborated in order to make the occasion a really festive celebration.

A few photos from the event 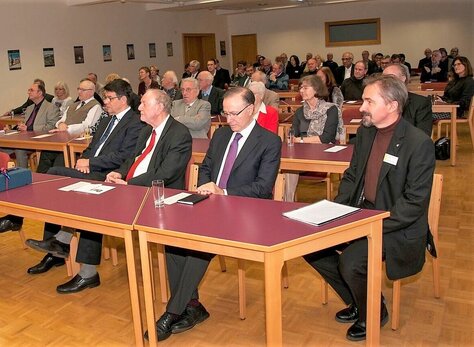 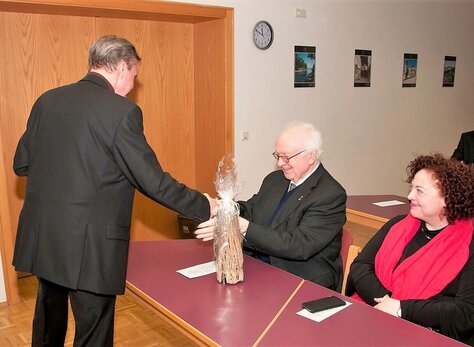 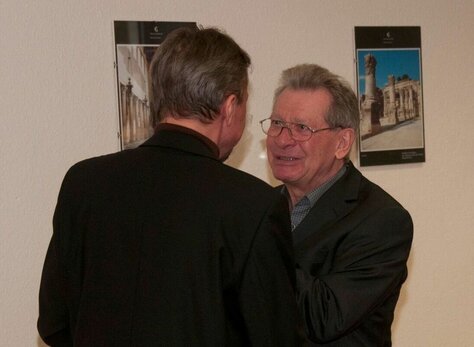 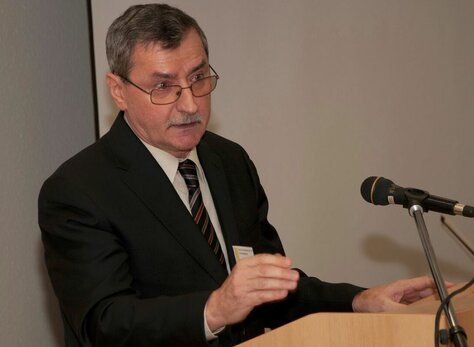 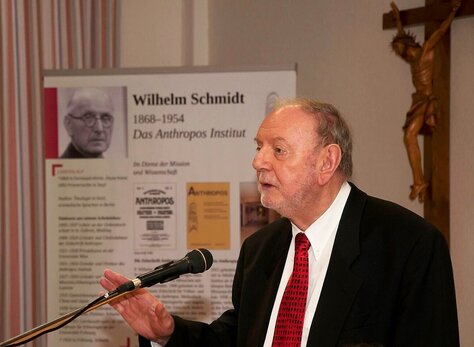 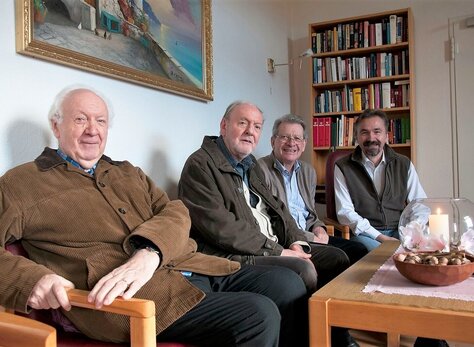