Robert Blust: Pointing, Rainbows, and the Archaeology of Mind

For over a century anthropologists and folklorists have sporadically recorded a belief that one should not point at a rainbow, lest the offending finger become permanently bent, rot, be supernaturally severed, fall off, etc. In each case the belief was reported for a particular geographical region without apparent awareness of its presence elsewhere, and in no case was an explanation for this curious idea proposed. This paper documents what is called the “Rainbow Taboo” as a global phenomenon, found among peoples of quite varied cultural backgrounds, and it argues that the universality of the belief is a product of the interaction of two independent cognitive elements: an apparently innate sense that the rainbow is associated with the “other world,” and, secondly, a similar sense that pointing with the index finger is aggressive, and should not be used either in normal human interactions or more particularly against the supernatural. 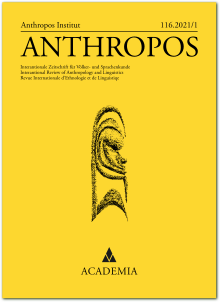