The library was built around the needs of the journal Anthropos. It was planned as a specialized library for the editorial staff and focused on works from the fields of Ethnology, Linguistics, Religious Studies, Folklore, Prehistory, and Physical Anthropology. New acquisitions focus on: general works in the areas of Ethnology, Religious Studies, and Linguistics; monographs on Oceania (with special emphasis on Papua New Guinea), on Southeast Asia, Africa (West, East, and Central), as well as on Middle and South America.

At present the library contains 110.000 volumes. It has more or less complete runs of 1.400 journals and currently subscribes to 200 journals. The collection has a unique place among the other specialized anthropological libraries in Germany, as some specialists remarked.

When the library had to be moved from Austria to Switzerland (1938/39), it contained 15.000 volumes. Around one fifth of the collection confiscated by the Gestapo and handed over to the University of Vienna was returned to the Institute after 1945. During the time in Fribourg (1938-1962), the library grew to 40.000 volumes, and was enhanced by the new ethnographic publications on Papua New Guinea and Latin America. After moving to Sankt Augustin (1962), the library was opened to the public. Further development of the collection was possible thanks to the support received from public and governmental sources that enhanced the constant assistance provided by the Society of the Divine Word. Acquisition of the private library of Professor Franz Bernhard in 1971, with abundant linguistic material from South Asia, especially the northern regions of India and Tibet, was a valuable addition.

A small collection of microfilms, containing primarily manuscripts on linguistic materials, is another useful addition to the library. The archive contains manuscripts, photos, slides, and recordings of the late members of the Institute.
The Work Group Ethnology and Medicine (Arbeitsgemeinschaft Ethnologie und Medizin – AGEM) entrusted its collection of books and journals to Anthropos library recently. It is also available for consultation to researchers (in-house use, in consultation with AGEM).

The library is open to the public by appointment. The catalogue is in its final stage of digitalization. The old card catalogues (alphabetic and thematic) can also be consulted. 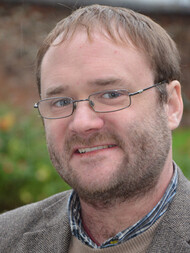 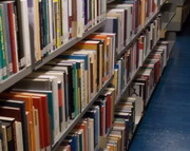