He earned his PhD in Cultural Anthropology from the University of Chicago (1966) – he had done the fieldwork research in Papua New Guinea, the area known to him from his earlier work as a Divine Word Missionary (SVD).

He was one of the founders of an orientation centre for missionaries in Papua New Guinea that later became Melanesian Institute for Pastoral and Socio-Economic Service.

At San Carlos he supported the launching of the journal Philippine Quarterly of Culture and Society (appears since 1973). And at Indiana University South Bend his proposal was instrumental in creating a Nursing Degree Program.

Apart from publishing on various anthropological topics from Oceania and South-East Asia, he was a regular contributor to Anthropos journal (book reviews and translations; 1985-2005).

He also extensively researched the life and ideas of Wilhelm Schmidt, the founder of Anthropos journal and the Institute. His book When Giants Walked the Earth. The Life and Times of Wilhelm Schmidt (Fribourg 1990) remains the standard reference work on the subject.

He also published on the history of the SVD in North America and on the life of Cardinal Thomas Tien Keng-shin. 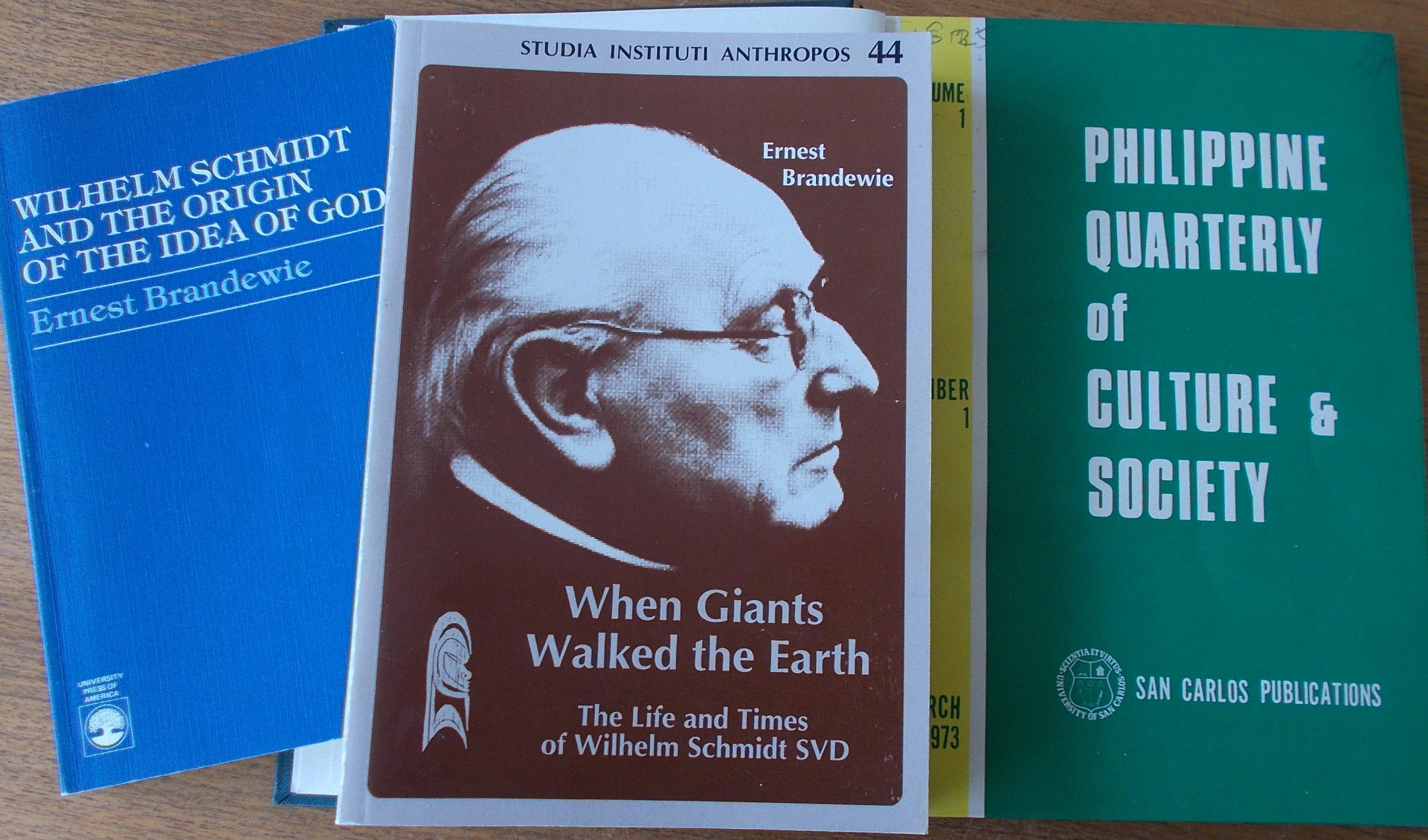