In his Account of the Fables and Rites of the Incas, written at the end of the 16th century, the author, Cristóbal de Molina, el Cuzqueño, describes two indigenous prayers using a word that might be transcribed as capacocha. In this article, I will pursue two lines of argumentation for the hypothesis that the mentioned term is capacocha. The first line involves discussing father Molina’s unexplained omission of the translation of the term capacocha in his Spanish renditions of Quechua prayers. Therefore the concept of ‘human sacrifice’ in the capacocha ritual of the Inca religion will be considered and contrasted to that of the Christian doctrine. In my analysis of this concept, I aim to explain Molina’s putative motives for the omission of the word capacocha in his translations. The second line of argumentation will focus on examining the semantic field of the term capacocha; finally I will review and analyze Molina’s own interpretations of the meaning of capacocha given elsewhere in his work. 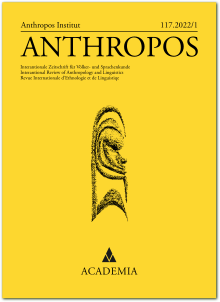