Piwowarczyk, Darius J. : Coming Out of the "Iron Cage"

This book is a socio-historical study of missionaries-indigenists of the Society of the Divine Word (SVD) in Paraguay in the twentieth century. Specifically, the author focuses on changes in the missionary ideology and practice that corresponded with major shifts in global relations of power, or what is termed here – after Pierre Bourdieu – doxas, as expressed and enforced through three consecutive metanarratives of "progress," "development," and "cooperation-participation." The main argument of the book is that the missionary practical ideologies of "conversion" (dominant in the beginning of the 20th century), "human promotion" (mid-20th century), and "ethnodevelopment-interreligious dialogue" (in the 1980s and the 1990s) have been ecclesiastical versions of those globalizing discourses as well as products of contextualization and adaptations of Catholic tenets to specific historical configurations of the Paraguayan field of indigenism – a Latin American version of the colonial field.

Darius J. Piwowarczyk, SVD, received his M.A. degree in ethnology from the University of Wroclaw (Breslau), Poland and conducted research in Paraguay (1992–1995, 1997, 2000). He completed his doctorate in cultural anthropology at the Catholic University of America in Washington, DC, in 2002, and then taught social sciences at the Divine Word College in Epworth, IA. Currently he works as the Editor-in-Chief of Anthropos. 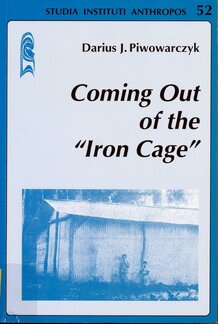