Born in 1976 in Mbata (Flores – Indonesia). A Divine Word Missionary (SVD) since 1996. Philosophy Studies in Ledalero (Indonesia) and Theology Master Studies in Pieniezno, Poland (2000-2004). Missionary work in Cracow, Poland (2004-2007) and then doctorate at the Catholic University of Lublin (2013) in ethnomusicology. Dissertation: The Catholic musical culture of the region Manggarai (Flores) as an example of the inculturation in Indonesia (Supervisor: +Prof. Dr. Antony Zola). He is the co-author of the cultural project „Missa Flores“ during the festival „Okno na swiat“ (window onto the world) in Gdansk, Poland since 2006 until 2013. Since 2013 he lives in Germany and became in 2015 the member of the Anthropos Institute. Since 2015 he is the Lecturer at the Philosophisch-Theologische Hochschule SVD Sankt Augustin (Germany) and Visiting professor at the University of Cracow (Poland) and Catholic University of Kupang (Timor, Indonesia). He conducts the Indonesian choirs and vocal groups in Cologne-Bonn and grounded with Indonesian friends an Indonesian traditional music group „Angklung Nusantara Sankt Augustin“ (ANSA) in 2017. 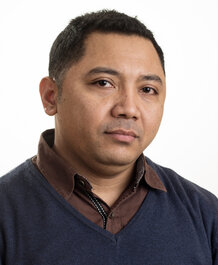