Born in 1958 in Jauer (Jawor), Lower Silesia, Poland. Member of the Society of Divine Word (SVD). Missionary experience and fieldwork among the Aché Indians of Paraguay (1992-1996, 1997, 2000). He holds MA in cultural anthropology from the University of Breslau (Wroclaw – 1983) and from the Catholic University of America (CUA) in Washington, DC (1996); PhD in cultural anthropology from the CUA (2002) and the postdoctoral degree (habilitation) in social anthropology from the University of Fribourg, Switzerland (2016). He has taught social sciences at the Divine Word College in Epworth, IA, USA (2002-2006) and at the Philosophisch-Theologische Hochschule in Sankt Augustin, Germany (2010-to present). Visiting professor at the University of Cracow, Poland (2010-2017). Fields of research: socio-cultural aspects of German colonialism in Africa and Oceania (1884-1918); Indigenism in Latin America; processes of modernization in Europe and Latin America; social theory. 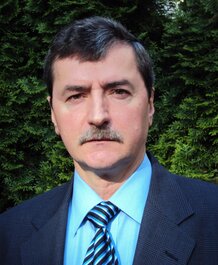