Born in 1943, high school 1962 at Berthold-Gymnasium Freiburg im Breisgau, noviciate at the Divine Word Missionaries in St. Gabriel, Mödling near Vienna, in 1969 ordination at St. Augustin, Sankt Augustin near Bonn, after concluding the philosophical-theological studies. Sojourn abroad in São Paulo, Brazil, from 1970 to 1980, parish work in suburbs of the city and assistant professor for systematic theology at the Instituto Teológico São Paulo (ITESP) in São Paulo, Director of the same institute from 1978 to 1980. 1983 Dr. theol. at the Pontificia Universitas Gregoriana in Rome and call to the Philosophisch-Theologisch Hochschule SVD St. Augustin, 1995 professorship at the same faculty. From 1986 to 2017 Director of the Anthropos Institute at St. Augustin, founded in 1931 by Wilhelm Schmidt, research and publishing activities in the areas of cultural anthropology, linguistics, and science of religion. Main fields of research are Afro-American religions, popular religiosity and Pentecostalism of Latin America, indigenous cultures of Brazil, and the phenomenon of rupture between modern culture and evangelization. From 1998 to 2013 Dean of the Philosophisch-Theologische Hochschule SVD St. Augustin, emeritus in 2013. 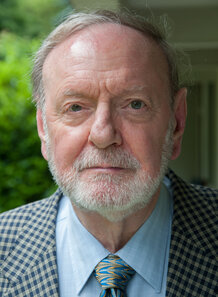